KEW Foundries has won the contract to manufacture bearing swivels and a main trunnion bearing housing for New Concept Projects – Osborn. The project involves the largest casting that KEW Foundries has manufactured to date, with the bearing housing base alone weighing 6450 kilograms. The supplied solution will be used on a 2800 kW ball mill, being supplied by New Concept Projects to El Brocal for the Huaraucaca project in Peru. 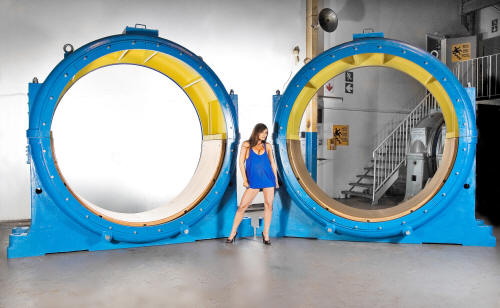 “After rejecting a bearing base casting, after proof machining, from another supplier, KEW Foundries was contracted to supply a replacement casting. The contract included manufacturing a new pattern, casting the bearing base and thermal stress relieving as per New Concept Projects’ specifications. The accelerated contract was completed in accordance with all specifications within five weeks,” says Brian Mills, Project Manager, New Concept Projects.

“A project of this magnitude, with the tight deadlines involved, has a number of challenges which require professionalism, industry expertise and a touch of creative flair to overcome,” says John Bryson, Foundry Director, KEW Foundries. “For the swivels, we used a standard wooden pattern to create the mould for the casting. However, for the bearing housing we assembled the pattern using polystyrene and wooden core boxes. We used this method of pattern construction to save as much time as possible.” 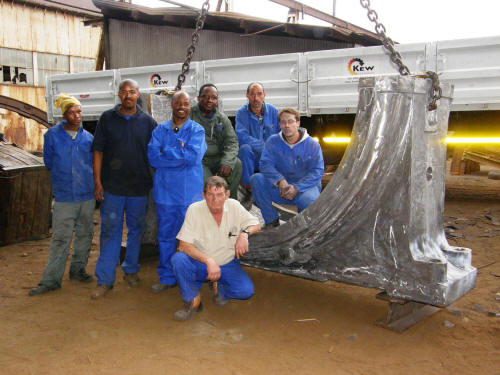 The base of the bearing housing alone weighs a staggering 6450 kilograms.

The casting also required a challenging two ladle casting, with any error being particularly costly. According to Bryson, however, these are challenges which KEW Foundries faces on a daily basis, and were easily overcome using the wealth of industry expertise at the company’s disposal.

The swivels have been cast in SG 60 iron, while the bearing housings have been manufactured using 250 grade grey cast iron. The housings are 2160mmØ x 813mm wide and will operate with a lead bronze bush bearing in a hydrodynamic bearing assembly. The bearings will be required to handle loads of up to three hundred tons each.

New Concept Projects is currently supplying six new mills up to 5mØ for various projects. “We have formed an excellent working relationship with KEW Foundries, and have now engaged the company to supply New Concept Projects with all of the SG iron castings required for our main trunnion bearing components,” concludes Mills.